A team of researchers from the Australian National Maritime Museum and the Silentworld Foundation have discovered three shipwrecks in the Coral Sea. 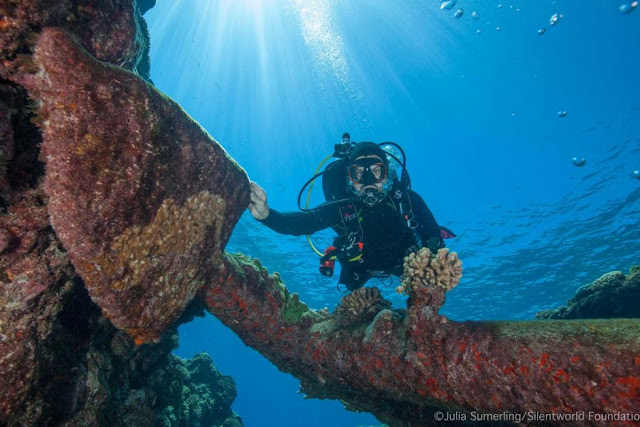 The wrecks, estimated to be at least 150 years old, were discovered during a week-long expedition to Kenn Reefs, 520 kilometres north-east of Bundaberg.

James Hunter is the curator of maritime archaeology at Sydney’s Australian National Maritime Museum, and was one of 11 people who undertook the expedition.

“To look down at the seabed and to see an anchor sitting [there] and to see something someone hasn’t seen probably since that shipwreck occurred, it’s magic, it’s an amazing thing,” Dr Hunter said.

The Kenn Reefs are a 42-square-kilometre string of submerged coral atolls located about half way between the Queensland coast and New Caledonia.

The reefs were notorious among 19th century sailors; a previous expedition undertaken by the Queensland Museum in 1987 found nine other wrecks in the same area.

A map printed in 1859 even describes the southern end of the reef as being “strewed with wrecks”.

“During the 19th century [Kenn Reefs] weren’t very well charted and people were out sailing, and depending on the conditions, would end up running into them,” Dr Hunter said.

“In some instances [sailors] never even saw them before it was almost too late.” 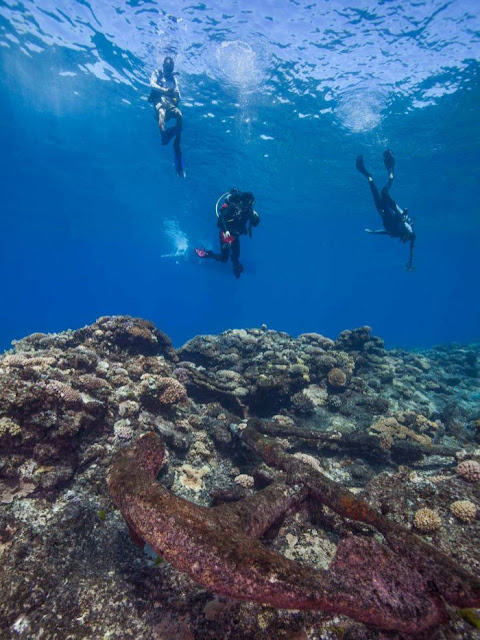 Most of the shipwrecks found along the reef are from 19th century trading vessels on their way north to Jakarta, India and as far away as England.

The expedition also attempted to find the brig Bona Vista, which was wrecked while travelling from Sydney to Mauritius in 1828, but was unsuccessful.

Like many ships wrecked on Kenn Reef, Bona Vista’s crew had to wait weeks before being rescued by a passing vessel.

Paul Hundley is director of the Silentworld Foundation, which supplied the yacht used in the expedition, along with several volunteers.

“It’s almost a tabletop on the reef top and then it drops away into about four to five metres of water and then slowly shelves off into deeper water,” Mr Hundley said of the undersea landscape.

“But once you’re 300 metres off shore, it drops rapidly into the abyss.”

Dr Hunter hopes data retrieved from the expedition will provide more information about Australia’s pre-Federation trade with other colonies.

“Trade between Australia and India for example was critical to Australia’s commercial interests,” he said.

“Despite the fact that this was going on for an expanse of time, we know very little about the ships that were involved in this trade.” 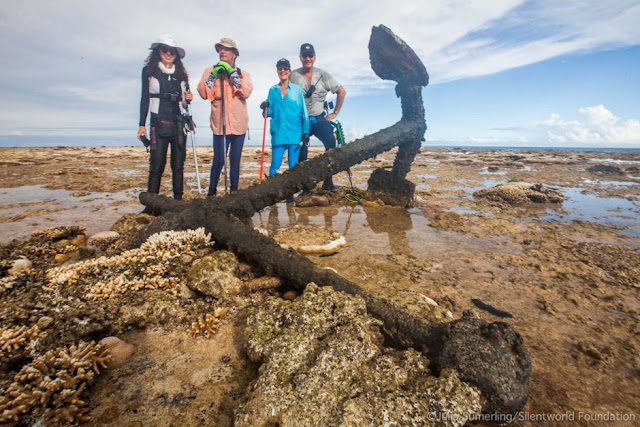 Determining the identity of the three unknown ships will involve a careful comparison of the archaeological discoveries with historical records.

“Most of them wrecked around the same time and because of the articles that they were carrying — the anchors and other things, are very similar — we’re going to have to really look at what objects we’re finding [and compare them] with [the] site and do a very, very close analysis,” Dr Hunter said.

“Then we can tease out which shipwreck belongs to what particular ship.”

However, this presents certain difficulties.

The wrecks were discovered using equipment which detects changes in Earth’s electromagnetic fields caused by large metallic objects underwater, such as cannons or anchors.

After more than 150 years, not much else is left of the ships and Dr Hunter does not expect a full report on the expedition until next year.

The total cost of the expedition ranges between $150,000 and $200,000 and was funded by the Silentworld Foundation.

Under the Commonwealth Historic Shipwrecks Act, relics or parts of a wreck more than 75 years old can not be removed or disturbed unless a permit has been obtained.

For Mr Hundley, the cost of the expedition and the exclusion zones around these wrecks is well worth the historical benefit.

“If people, unaware of the significance of these sites, come through and start moving things around or removing objects, it lessens the significance from an archaeological perspective,” Mr Hundley said.

“The public awareness that we generate around maritime history and archaeology is well beyond the financial cost of the project.”