When it is carefully examined, rock art in the Namib Desert may shine light on forgotten rituals and practices from thousands of years ago. One particularly interesting feature appears to show ancient initiation rites meant to help young girls pass into womanhood. But you may not catch that view with your first glance of what appears to be a dancing female antelope.

The representation of that female antelope, known as a kudu, has been interpreted as a symbol of girls learning how to behave as women in a hunter-gatherer society dwelling in the Namib Desert about 3000 years ago. 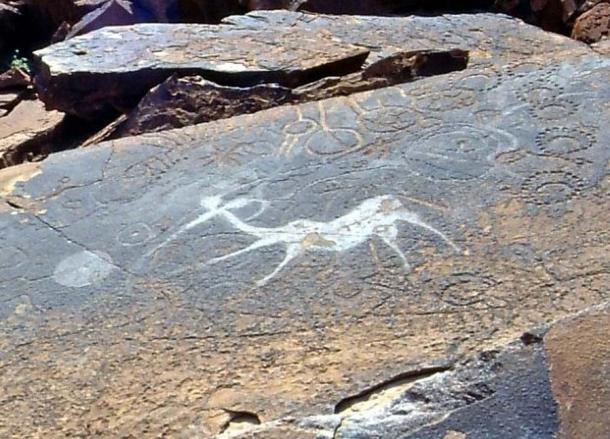 “Part of my work in the Namib Desert is to look for evidence of what ceremonies might have taken place here in the past. Forty years ago, I came across this image of a kudu, which is engraved with an unusual technique of rock polishing, and I was struck by it. My recent investigations suggest the female kudu imagery was central to ancient initiation rituals…” 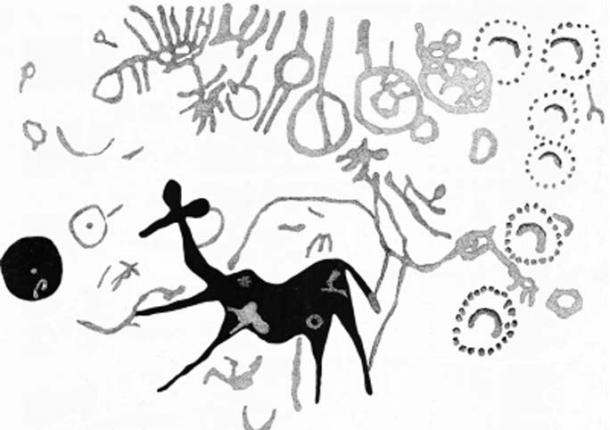 Drawing of the rock art of the kudu found in the Namib desert. ( John Kinahan )

Kinahan suggests the ritual seclusion shelters used in these ceremonies are engraved alongside the kudu. He also said the animal is not dancing (despite its nickname as the ‘dancing kudu’); instead it is in a position similar to one taken by women as they would grind grain and grass seeds. Moreover, feminine fertility is hinted at by the animal being depicted as if it were pregnant.

But what inspired the ancient artists to represent a young woman as a kudu? The connection between that animal and positive social values for a female was likely the cause according to Kinahan, who told IBTimes UK :

“It is possible that the sociable characteristics of the female kudu were given as example to follow to young girls who prepared to become women. Kudus are docile and sociable, they look after the youngsters all together and collaborate without the males. These characteristics were probably seen as desirable for women to have. The female kudu was likely incorporated into the imagery of the initiation ceremony to put girls on the path to womanhood.” 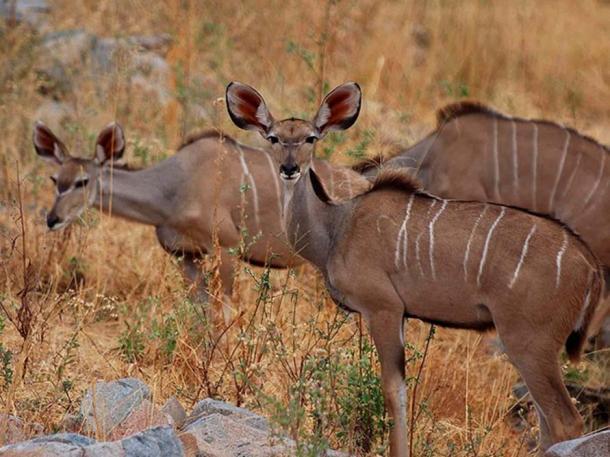 Three kudus amongst brown grass in Ruaha in Tanzania. (Paul Shaffner/ CC BY 2.0 )

Although it may be difficult for modern viewers to discern the finer features of the ancient rock art, Kinahan suggests that you need to consider the importance of shamanic beliefs in the hunter-gatherer societies of the Namib Desert to get a better idea of how this particular piece of art demonstrates ancient initiation rituals. Why? Because shamans likely created the art and led the initiation ceremonies.

The study of this rock art feature is presented in the journal Antiquity. 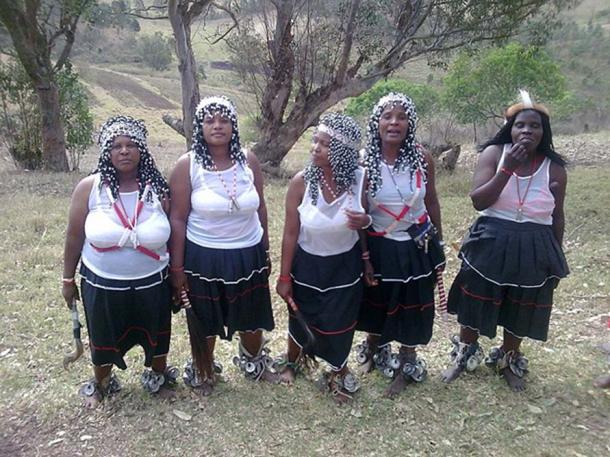 Top Image: Detail of the kudu engraving which is said to depict female initiation rituals in the Namib desert thousands of years ago. Source: John Kinahan