Civilizations who have left no written records have in some cases left us with a way to understand their history and culture. The Chongoni Rock Art area, which contains a number of locations, is a unique site in the central African country of Malawi. This area, which is a UNESCO World Heritage Site, provides insight into the history of the area and a look at the various tribes and groups who made it their home. Some of the rock art locations are located in a government protected forest reserve, although there are growing concerns about the state of neglect of some of the art.

The rock art is located in a mountainous area and it is believed that Chongoni has the densest cluster of rock art in central Africa, if not the whole continent. There are at least 120 locations with rock art, and more may yet be discovered. They date from the Stone Age to the 20th century and it should be noted that rock art is still a living tradition in the region.

The art can be found on cliffs and boulders and in caves, but usually in locations that are protected by overhanging rocks.

Figures, the majority of which are of animals and symbols, were created with white pigments, although there are also many polychrome images, usually symbolic and almost abstract designs.

Much of the rock art portrays ceremonies such as initiation and other rituals and masked figures of women oversee these rites. 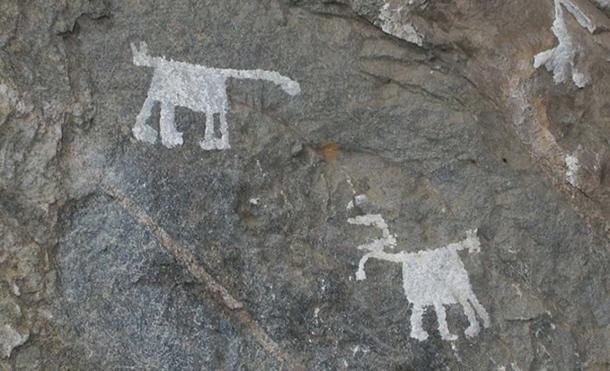 Chongoni was the home of Stone Age hunter-gatherers and they were the first to create rock art in the regions. The Batwa, one of the African Pygmy peoples, used the area for ceremonial reasons and created rock art with red pigments, starting at least 3,000 years ago.. 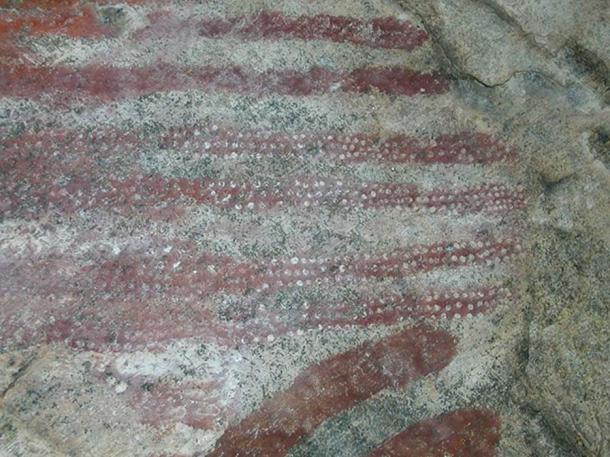 The majority of the rock art, however, dates back to the fifteenth century when the region was populated by the Chewa. They were agriculturalists and pastoralists and established the Maravi Empire, after which the country of Malawi was named. They are also credited with the many images that are made with white pigments and it is theorized that they used white clay to create figures on protected shelters and on smooth rock. Both the Chewa pastoralists and farmers used the site and they painted animals as well as mythical creatures .

The art also shows the influence of new populations that migrated into the area, such as the Ngoni people who were refugees from the Zulu wars of the early nineteenth century. They too adopted the local practice of creating images on the rock shelters.

Some of the rock art demonstrates the impact of European colonialism during the 19th and 20th century. One of the most interesting facts about the art is that much of it was created by women and in Chongoni, women are still creating rock art to this day.

The arrival of the Ngoni led to upheavals and many local adherents of the Nyau sect fled to the mountainous area of Chongoni. The Nyau is a religious secret society that is based on indigenous beliefs and most of its members are members of the Chewa ethnic group.

Many of the symbols of the Nyau cosmology are shown on the rocks in Chongoni which is still very important to members of the sect. A number of the images show dancing masked figures taking part in what is believed to be Nyau ceremonies and rituals. However, the increasing influence of Christianity and western culture is leading to a decline in the membership of the society. 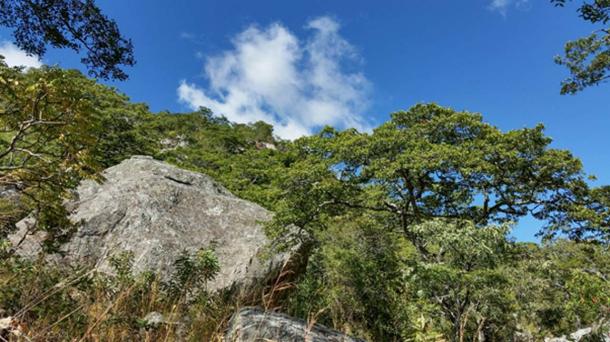 The UNESCO World Heritage site is 50 miles (80 km) from the Malawian capital, Lilongwe where accommodation is plentiful, although there is also some in the beautiful forest reserve near the rock art. An information center has opened at the site, but only three of the rock art sites are open to the public. The art work is located at the top of a steep hill and set within some astounding scenery.